India, Pakistan will survive or sink together

By M K Bhadrakumar
March 04, 2009 13:38 IST
The terrorist attack on the Sri Lankan cricketers at Lahore lends itself to various interpretations. In the increasingly volatile political landscape of Pakistan, the pertinent question should always be, 'Who stands to gain?'

Days or weeks may pass before we get a credible enough answer. That is, if at all. What emerges for the present is that the Pakistani military lost no time in taking matters into its hands in the Gaddafi stadium.

Where Pakistani politicians are once again abysmally failing, the military has stepped in unfailingly as the nation's saviour.

This is almost ditto how Pakistan's tortuous political history has been punctuated time and again during the past six decades. Thus, we may well be witnessing the opening scene of a shadow play with a predictable denouement.

To be sure, the Lahore attack has seriously dented President Asif Ali Zardari's leadership. Whether he can recover from this lethal blow, time only will tell.

As things stand, his popularity is abysmally low on account of his failure to fulfill his pre-poll political assurances last year regarding the restoration of the country's political and constitutional underpinnings.

Equally, Zardari will live to rue his blatant resort to manipulative politics in undercutting Nawaz Sharif. He had a splendid opportunity to elevate Pakistani party politics from the morass of a futile zero-sum game. But he goofed up.

He simply could not rise above cronyism or control his own personal aggrandisement of power. The ghosts of the Pakistan Peoples PartyP-Muslim League rivalry that has been the bane of Pakistani politics for the past several decades have been resurrected.

This does not augur well for political stability. In the process, Zardari is bound to end up the loser.  Lahore is traditionally the nerve-centre of Pakistani politics. Zardari has overreached.

That is to say, the terrorist attack in Lahore has taken place against a huge political backdrop of titanic forces contesting for power.

It ricochets, however, on various planes. Evidently, the United States will now be even more loath to "pressure" Pakistan when the country's political economy is so manifestly fragile. That, in turn, has implications for the ongoing investigations into the Mumbai attacks.

Two, there is a message for Washington as Barack Obama finalises his war strategy in Afghanistan. Washington cannot escape the writing on the wall -- that its military intervention in Afghanistan seven years ago has hopelessly destabilised Pakistan.

The vast reservoir of "anti-Americanism" in Pakistan has become the breeding ground of terrorists. The primary responsibility for what is happening lies with the United States --  as was the case in engendering the tragedy of Pol Pot in Cambodia a long time ago.

The "anti-Americanism" in Pakistan, cutting across social strata, practically hinders the civilian government -- and even the military -- from undertaking actions against the militants that lend to interpretation as collaboration with the US.

To compound this, the US is dictating the manner in which Pakistan must tackle the threat to its security. The Pakistanis resent the US's muscular dilomacy.

All this is affecting Pakistan's will to fight off the beast slouching through the Khyber toward Peshawar.

The wave of instability sweeping through the badlands of the tribal areas is now showing signs of spreading to the settled areas within Pakistan. But, is Pakistan on the verge of a militant takeover? Hardly so.

The overwhelming majority of Pakistanis abhor extremism -- just like us Indians. Therefore, the extremists can be contained and isolated and eliminated as a residue. The issue is, how this can be optimally achieved?

First and foremost, Pakistani people must be allowed genuine freedom to mould their destiny through free and fair elections. Pre-cooked civilian facades made in America should not be imposed. Benazir Bhutto's killing in cold blood should have taught Washington a lesson or two about dictating the ABC of democracy.

Second, a political solution must be found to the Afghan war, which is radiating a lot of negative energy in the region.

Most important, the US must genuinely address the widespread perception that it is deliberately humiliating Muslims worldwide. In the Middle East, in particular, there is need of the West jettisoning its century-old policy of political, economic and cultural domination.

The spectre that haunts Pakistan is more of widespread anarchy where the centre cannot hold unless and until the politicians get their act together. For the same reason, India must vastly rachet up its threat perceptions.

When the terrorists strike in broad daylight in the presence of tens of thousands people in a high security environment within earshot of Amritsar, it naturally sends shock waves across India. It is no more relevant where they have struck -- on this side or the other side of the Wagah border. The ground reality is that there is no such thing as absolute security anymore.

The terrorist attack in Lahore brings home the stark reality that the security of India and Pakistan is intertwined. We survive together or sink together. It is up to the two countries to come to terms with this grim reality.

The silver lining is that an awakening is visible in the Pakistani opinion and in the civil society regarding the imperative of strongly meeting the scourge of terrorism. It is in India's interests to foster and encourage this trend rather than score propaganda points.

Our politicians will do a great favour to be the responsible people that they are expected to be. Let us hope they lapse into silence instead of inventing smart one-liners and repartees. How on earth does it matter whether it is Pakistan or India that increasingly resembles Somalia?

In any case, we need to be mindful that these are extraordinary times. When a neighbour's roof catches fire, there is always the danger that the fire can spread to our own homestead sooner or later -- especially our fractured society with plentiful incendiary materials lying loosely guarded.

The writer is a former ambassador 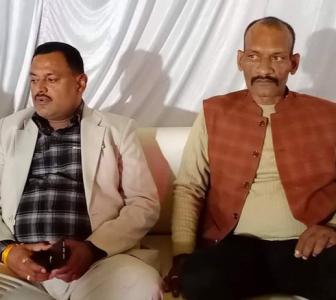 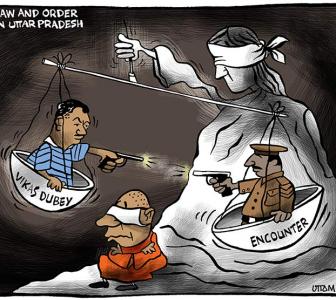 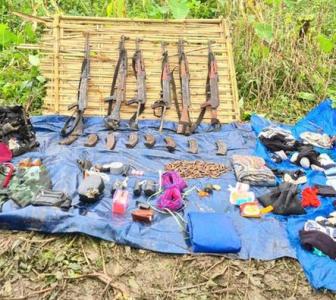 Revealed: How India launched its war against COVID-19

Another black day for Pakistan