Weightlifter Monika Devi has been cleared of doping charges by the Sports Authority of India, but her chances of taking part in the Beijing Olympics appear bleak.

"All doping charges against Monika have been cleared by SAI, but IOA has not agreed on the ground that time is very short and they wont be able to reopen the entry process for her, but they will be trying to send her to Beijing tonight (Saturday).

The clearance for the lifter from Manipur, who was withdrawn from the Indian squad for the Beijing Olympics at the eleventh hour on July 7 after she reportedly tested positive for an anabolic stereoid, came after Chief Minister I Ibobi Singh took up the issue with Prime Minister Manmohan Singh in Delhi on Saturday.

The Indian Olympic Association said there is ittle time left for Monika to take part in the 69kg competition of the Olympics since and International Olympic Committee will not reopen the entry process for her.

Source: PTI© Copyright 2020 PTI. All rights reserved. Republication or redistribution of PTI content, including by framing or similar means, is expressly prohibited without the prior written consent.
SHARE THIS STORYCOMMENT
Print this article 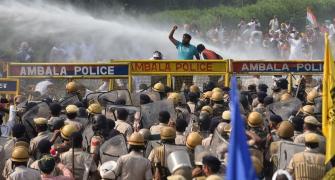 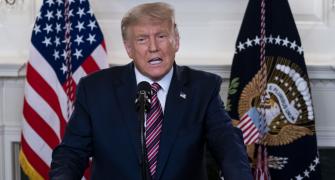 With pillows, MPs up for night-long protest in Parl BJP plans mega exercise to reach out to farmers