News
Business
Movies
Sports
Cricket
Get Ahead
Money Tips
Shopping
Sign in  |  Create a Rediffmail account
Rediff.com  » Business » US may increase immigration and outsourcing from India

US may increase immigration and outsourcing from India

Fearing a massive workforce deficit by the year 2020, the United States may increase immigration and outsourcing opportunities from India, US Consul General Henry Jardine indicated on Monday.

"An area that will strengthen future Indo-US ties is demograhics. In India, the young population is rising. In the US, there are more ageing people. There will be a substantial workforce deficit in the US by 2020. So, we will have to consider immigration and outsourcing possibilities," he said, during an interaction at the Merchants' Chamber of Commerce in Kolkata.

In reply to a question, Jardine said the outcry in the US against outsourcing has died down - "It is no longer an issue. It was not an issue in the last (presidential) elections."

Contrary to the notion that outsourcing would result in unemployment in the US, it would create more jobs in the area of sales and marketing, Jardine said.

He said the US was looking at investment possibilities, primarily in the infrastructure sector, besides the capital market, insurance, services and agriculture sectors.

Asked about the controversy surrounding foreign direct investment infusion into the retail sector, Jardine said there was no reason to oppose it, as it would create more jobs and standardise markets by eliminating middlemen.

Earlier, Chamber president Aditya Agarwal said since the small and medium enterprises accounted for 40 percent of industrial production, participation of US SMEs in Indian enterprises will strengthen the level of Indo-US economic cooperation. 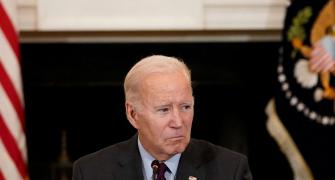 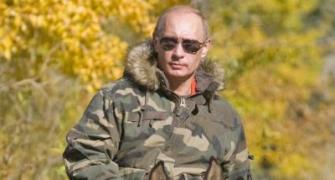 Govt sets up tribunal to look into PFI ban