By Aseem Chhabra in Telluride
September 04, 2006 13:01 IST
In Telluride, Colorado, USA, people talk a lot about the weather, that it rained this past week, but now the sun is out. And the locals never seem to understand why nearly 6,000 out-of-towners -- all film buffs -- would spend the last weekend of the American summer, indoors watching movies, some with strange foreign accents. But the locals also know that summer weekends in Telluride are time for festivals -- jazz, bluegrass, food and, of course films.

Every year, over the Labour Day (the first Monday of September) weekend, the town hosts the Telluride Film Festival -- the most unique film event in the world.

The film festival starts on the Friday before Labour Day and continues into Monday, which is a national holiday in the US. The charm of the Telluride festival is not just in the location -- an old mining town nestled in the Rocky Mountains in south-west Colorado -- or the fact that it is one of the hottest ski towns in the US, where actors Tom Cruise and Laura Linney maintain vacation homes.

The true charm of the festival lies in its unique style of programming. Organisers do not release the film line-up until the day of the event. And so each year (this is the 33rd year of the Telluride Film Festival) loyal filmgoers make a long trip to this town, looking for the surprises and knowing that they will not be disappointed.

There is a reason why the Telluride event has been referred to as The Crying Game (the Neil Jordan film with an unexpected twist) of film festivals! 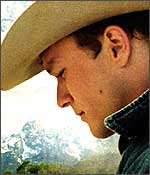 Last year we were treated to premieres of Brokeback Mountain, Walk the Line, Capote and the Palestinian foreign language Oscar entry Paradise Now, long before these films became a part of movie lovers' vocabulary.

The Telluride festival is much smaller than the ones held in Sundance or Toronto. This year, the festival will hold only 38 screenings and other film programmes over four days.

The line-up includes a series of biopics -- Fur with Nicole Kidman, about the photographer Diane Arbus; The Last King of Scotland with Forest Whitaker in the role of Ugandan dictator Idi Amin; The US vs John Lennon, a documentary about American immigration services' attempts to deport the late Beatles musician; and Infamous (another film on Truman Capote's life, following last year's Capote) with Sigourney Weaver, Sandra Bullock, Gwyneth Paltrow and Daniel Craig (the new James Bond).

And the buzz is that Infamous, with relatively unknown British actor Toby Jones playing the lead, is a better production than last year's version.

There are other big stars and filmmakers at this year's Telluride festival. Penelope Cruz is here to introduce Pedro Almodovar's latest, Volver. Cruz will also receive a tribute for her contribution to international cinema. And Mexican filmmaker Aljendro Gonzales Inarritu (Amores Perros and 21 Grams) brings his heart wrenching Babel, with three interconnected stories set in Morocco, Japan, and on the border of US and Mexico. The film stars Brad Pitt and Cate Blanchett as an American couple on a vacation in Morocco and Gael Garcia Bernal in a supporting role of a sleazy Mexican.

There are desi connections to this year's festival. Venus, with Peter O'Toole and Vanessa Redgrave, and directed by Roger Michell (Notting Hill, Changing Lanes) is based on a script written by Hanif Kureishi.

On Thursday, a friend met producer Lydia Dean Pilcher (who has collaborated with Mira Nair on Mississippi Masala, Kamasutra, The Perez Family and Vanity Fair) on her plane heading to Telluride. And that could mean only one thing. Nair's The Namesake will be shown at Telluride even though the film is not listed in the official programme booklet. But that is a typical Telluride addition -- where films just show up in most unexpected ways.

On Friday morning, a group of us saw Nair before the screening of Todd Field's Little Children. Nair told us she had just flown in from Uganda, where she spends every summer with her husband and son.

The Toronto International Film Festival says it will hold the world premiere of The Namesake, and most fans of Jhumpa Lahiri's book and Nair's works have to wait for the film until its official release in the US and India in March 2007. But for the lucky few who traveled all the way to Telluride, we got the first glance at the film on Saturday night.

Aseem Chhabra in Telluride
SHARE THIS STORYCOMMENT
Print this article 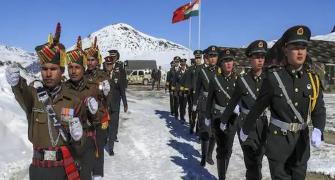 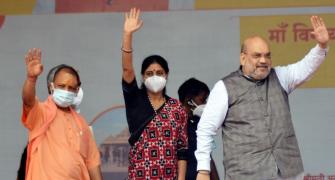 Shah lauds Yogi, says UP on top in law and order 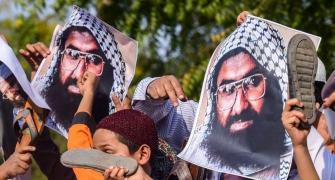 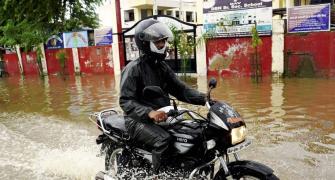 Rainfall 7% below normal in July: IMD 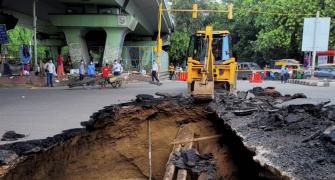