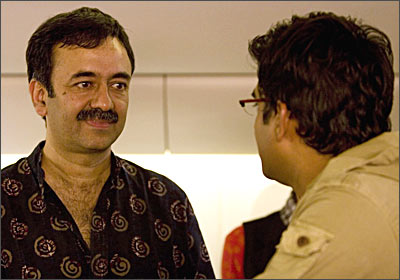 The first scene was shot in an aircraft with Madhavan. From Mumbai, the crew and cast comprising Aamir and Kareena will head off to Ladakh for a 20-day schedule.

Based on Chetan Bhagat's bestselling novel, Five Point Someone, 3 Idiots is written by Rajkumar Hirani and Abhijat Joshi.

3 Idiots is the next edition from the maverick director of hit Munnabhai series Rajkumar Hirani and toplines Aamir Khan and Kareena Kapoor, for the first time together. The film also features Madhavan, Sharman and Boman in pivotal roles.

Director Rajkumar Hirani who is quite thrilled with the project says, "We are literally off to a flying start. It was amazing to shoot inside a real aircraft. We are really excited and raring to go."

The film's music is being composed by Shantanu Moitra and lyrics are by Swanand Kirkire.