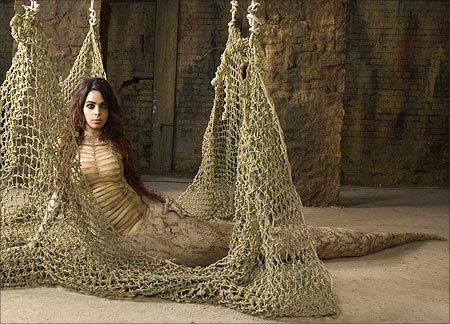 After contemplating and varying on a lot of working titles, Mallika Sherawat's next film with Irrfan Khan has been titled Hissss.

Produced by Vikram Singh and Govind Menon of Split Image Pictures, and directed by renowned Hollywood director Jennifer Lynch, the film has been in news lately for its interesting amalgamation of top technicians of the west and Bollywood's stars.

Scheduled to release next year, the movie is about the legend of the Naagin, the Snake Woman, which has been spreading for over 4,000 years. Finally, George States (played by Jeff Douchette), a ruthless American, travels to the jungles of India and captures her mate. She transforms into a stunningly attractive woman (Mallika) with absolutely no clue about contemporary civilization or the ways of mankind, and ventures into the city in a desperate search for her lover with vengeance on her mind and venom in her fangs.