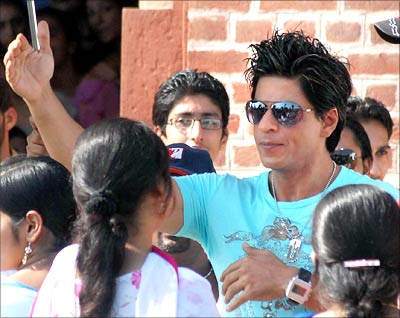 There was excitement galore in the city of Amritsar when Shah Rukh Khan and his team descended in the city to shoot for Rab Ne Bana Di Jodi.

On Thursday, Shah Rukh looked dapper in spiky hair and an electric blue t-shirt, far removed from the moustache look he had sported when he had visited the Golden Temple, along with Aditya Chopra and his father Yash Chopra.