Acquiring of passports will be easier from Tuesday with the government revising guidelines, which includes doing away with the requirement of police verification in case of reissue of the document.

An applicant will now be required to furnish only three out of 14 documents as proof, including one with a photograph, as per the new guidelines aimed at reducing the delays in issuance of passports.

The eligibility criterion for Emigration Check Not Required stamping will hereafter be matriculation rather than graduation as present.

The government has also relaxed rules for obtaining certificate for waiver of police verification by extending the authorisation powers to Under Secretaries, Tehsildars and SHOs, official sources told PTI in New Delhi on Monday.

For re-issue of passports, no police verification would be necessary either before or after issuance unless there is any negative information concerning an applicant, they said.

The passports will be required to be re-issued within four days, the sources said.

Changes have also been effected with regard to Tatkal scheme, under which a passport will have to be issued within 14 days, rather than 20 days as per the existing rules. A

Tatkal passport may also be issued within seven days, if an applicant shells out Rs 500 extra.

Re-issue of passport under the Tatkal scheme will have to be done within three days. As per the changes, an applicant will not be required to cite reasons for applying for a Tatkal passport.

The MEA's intention of doing away with the requirement of address verification of a passport applicant and depending only on individual's identity has failed to take off because of opposition from the Ministry of Home Affairs.

The MEA also intends to do away with the requirement of five-year address proof for people born in Jammu and Kashmir and residing outside the state. However, this proposal has also been shot down by the MHA.

While easing procedures for applying for passport, the government is also examining suitable amendments to the Passports Act to provide for stricter penalties for those obtaining passports by fraudulent means.

The government is also working on the introduction of biometric passports, which will have a micro-processor based digital storage device embedded in them containing biometric features like fingerprints of the holder besides the general information concerning the document and the person concerned.

The scheme, to be introduced next year as a pilot project, will be introduced in the categories of diplomatic and official passports initially. Others will be covered later, based on the experience of the pilot project.
Source: PTI© Copyright 2022 PTI. All rights reserved. Republication or redistribution of PTI content, including by framing or similar means, is expressly prohibited without the prior written consent.
Print this article

Bihar Oppn ready to embrace Nitish if he ditches BJP 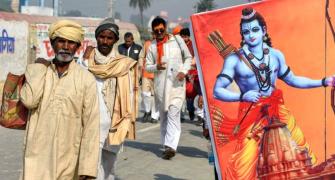